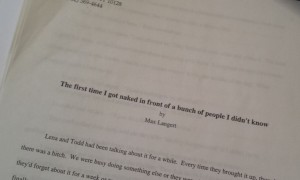 Oh hi, YES, that whole Ireland thing worked out great, thanks for asking!

My left knee was sore for a couple of days after I was done but it’s mostly recovered now.

And I got to spend a couple of days in Rathnew, south of Dublin, with my old boss from like twenty years ago.  She and her painter/restaurateur husband (and kids) are living the right way out there.  Was gas catchin’ up.  She runs a buncha farmer’s markets in and around Dublin, which is sort of a fascinating business to me.  I almost asked her for a job.  We got along working together twenty years ago so…

But HEY, WAIT!  Two things are on the cusp of happening in the next few weeks:

You can RSVP here.

One sort of personal note about the event this year.  We got the call to write the pieces during a very volatile time of police shootings and shootings of police in Dallas and beyond.  The first piece I wrote tried to satirize these events somewhat by tying them in with Pokemon Go.  I thought it was pretty good, pretty biting, but I ended up feeling it was probably too edgy and might rub people the wrong way.  So I wrote another piece instead.  I feel conflicted by it, and hate that self-editing stuff.  I just worried it was too soon and too close to home to treat it in any way lightly.

A couple of years ago (at the first annual 1MPF), one of the pieces I wrote caused a stir (it had a 30-second stint of self-pleasuring) which I’m still living down a little.  I’m interested to see how I feel after this year’s event, whether I regret the self-censorship or not.

In between and after these events are some lucky and fun travel events to the west coast which I’m looking forward to too.

See you ‘round one of these places, I hope, friend!