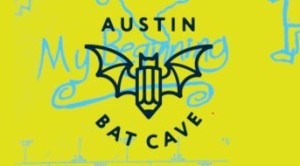 When I got there the place was much more crowded than I expected, which threw me off balance a little.  But then everyone was really nice and welcoming and casual.

An intimate and nice space.

I was struggling a little from jet lag, having just arrived in town a couple of hours earlier, but I think it went pretty well.  They’ve posted the story on their site and I’m relieved to hear that it came out roughly as it felt.

Hope to do it again.  They’ve got a benefit coming up on May 10th too, which I’d like to attend.