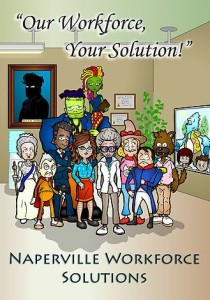 This is another long-term project I’ve been collaborating on for some time with my friend Jen in L.A.  We’ve worked on and off on this family-friendly series about a bunch of monsters who get rounded up internationally and dropped into Naperville, Illinois, where they’re sentenced to doing assorted tasks at a temp agency under the supervision of a little-known government entity.

The whole thing’s silly and fun, and not too long ago we got this guy Ryan to help with some illustrations.  He’s good!

He’s also working, in his spare time, on some animation for the series intro.  The bits I’ve seen are really impressive and I can’t wait to see the whole thing.

So here are a few more of his character interpretations that take place in a bland office environment (one of my favorite settings!). 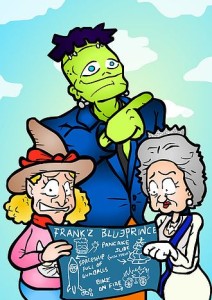 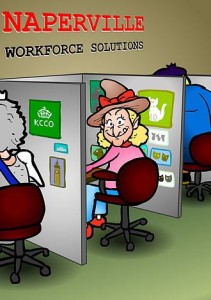 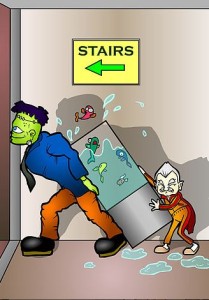 Jen is in the process of pitching some of this stuff to a management agency in the next week or two.  I have no idea what it’ll lead to, but I think the project has a lot of potential (did I mention it’s silly?) and I certainly wouldn’t mind writing an animated series for a while, even if it means I have to fly to L.A. every now and then (I hear you’re getting a new football team, freeway-crazy city out west!).

I’m glad Jen is taking the reins in terms of marketing and pitching.  We’ll see where it goes.

(though I should also note that there’s room for some satire too, about immigration, international relations and politics (stuff I also dig and find fascinating))