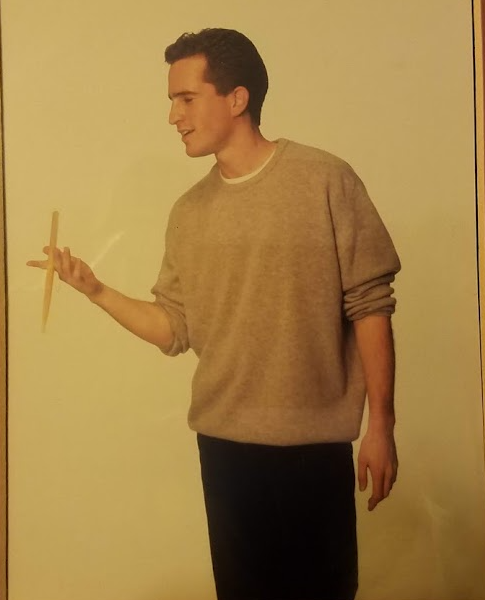 I was cleaning up a bookshelf recently and stumbled on an old magazine and brochure from back when I was, ahem, a big-time New York model.

In fact, I was working for The Princeton Review at the time, and they were putting together some print ads, and Management decided that the agency we’d hired was charging too much money for “talent.” So they went around the office trying to find people who worked at HQ who might not look terrible on camera. I made the cut!

I had a few shots taken that ended up being used for different situations. The one below (oof, those shoes, that font!) was featured in Time Magazine’s annual college issue, at least in the Nashville market (I don’t know how regional ads work in national publications) where they “really liked it.” I remember that none of the other models were willing to “play air guitar” in the studio, but since I (occasionally) have no shame, this is the only rockin’ photo they got. All the other people at the shoot stifled laughs when I danced around, Footloose-style, in front of them (thanks, guys). 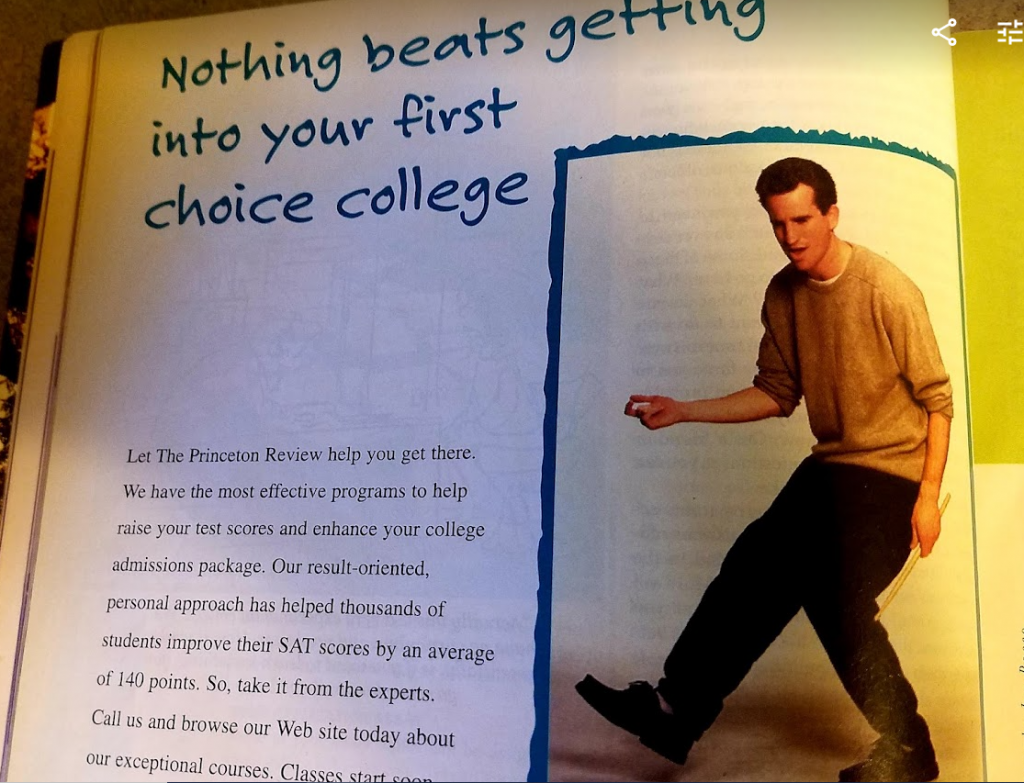 Then here’s one where I played a teacher (side note: I did teach math courses for the company later that year, which I kinda liked and sorta link to my desire to try story performances about 10 years later). 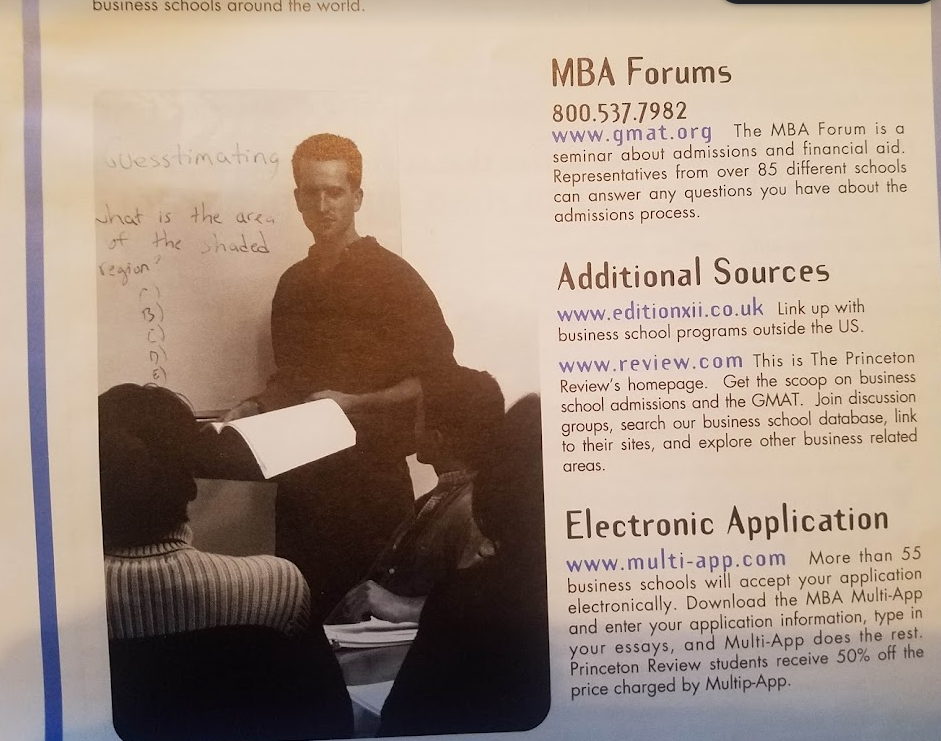 There’s another ad for the MCAT that I can’t find where I’m staring thoughtfully at a twig while swinging in a hammock, thinking about my easy-going future as an ER doc.

And lastly, my NY modeling career actually was preceded by a shoot in Los Angeles where I was recruited (by a friend whose sister worked for the magazine) for the annual Thanksgiving double-issue of Bon Appetit. I spent all day having photos taken at a fake Thanksgiving dinner setting where the final photo (a two-page spread!) included my hand pulling a chair out near a very orange turkey.

The three things that I remember most about that shoot are:

And there you have it. I really should have taken up offers from agents who wanted to represent me after this air guitar ad came out. I bet I could have been in a Whitesnake video.

p.s. I found this Thanksgiving photo from the magazine online. I don’t think this is it (??), but this was basically what they were going for (even if I squint, I don’t see my hand on a chair).