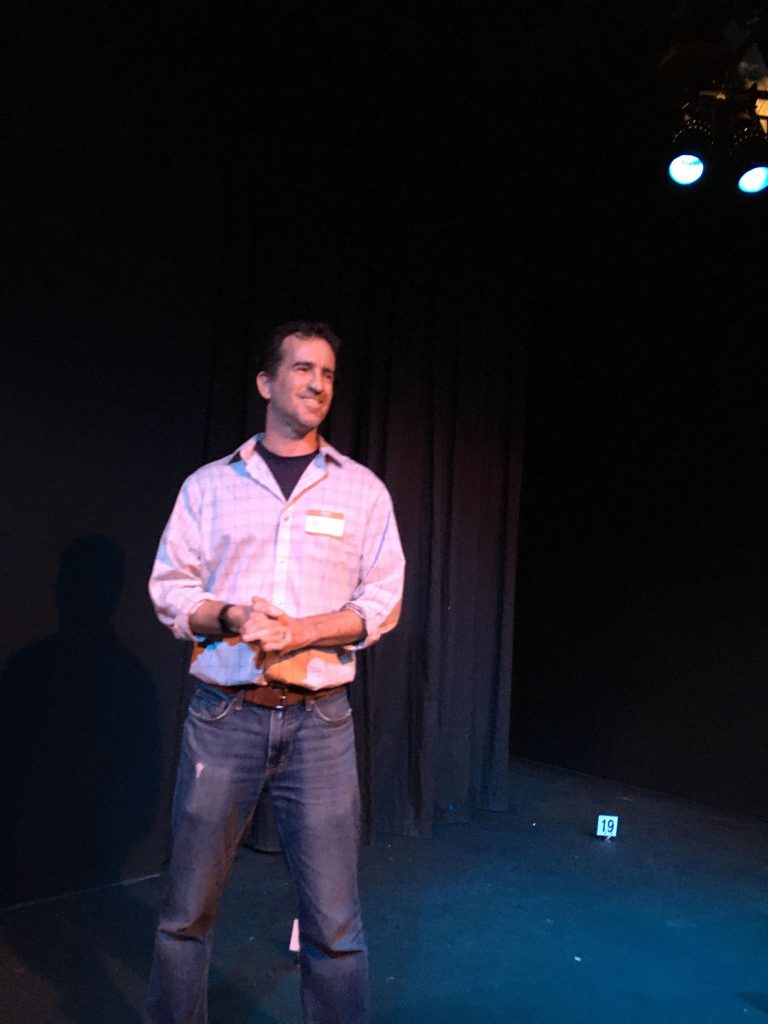 So I did this thing that scared the hell/heck out of me last week.

I performed a semi-autobiographical/semi-fictional piece about being the father to a teenage son.

Now that round two of this complex year is underway (and attitudes and behaviors changed almost immediately on his birthday; it was uncanny) I wanted to try and address some of those complexities in a half-serious/half-comic piece about what it’s like from ages 13-17. I nearly called the thing off because it felt so nerve-wracking.

Why was it so nerve-wracking? Well…

That’s a lot of stuff.

But I kept at it and practiced it till I was comfortable confident, then I kinda forced myself out there.

It went well and I was proud of the piece. Afterwards, strangers came up to me telling me how much they enjoyed it, asking questions about my kids, how old they are, how much of what I’d said was true, etc. And I got a good sense that it had gone well. The reactions felt genuine and positive.

There’s a small chance I’ll get to perform it again in February. We’ll see. If not, I feel like the experiences stretched me, helped me understand a bit more about writing and performing, and now I get to move on to a straight-up comedy in a couple of weeks (a real, fully-formed production of Sunday Slugg’rz). Anyway, nice job (me, not you). 😊