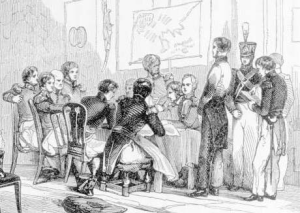 Well, I find out in a week if this is happening.

Had an informal chat with my buddy tonight, and he asked me to be on his kitchen cabinet as an adviser:

The Kitchen Cabinet was a term used by political opponents of President of the United States Andrew Jackson to describe his ginger group, the collection of unofficial advisers he consulted in parallel to the United States Cabinet

I told him I’d be honored, and we’ll see what happens next.

I’m excited for the guy. Will be a big David vs. Goliath thing, but…. worth doing if he decides to go that way. I’d be a kind of outside-the-loop consultant, but I read a lot about numbers and trends and stuff, so hopefully would be able to bring something to the table.